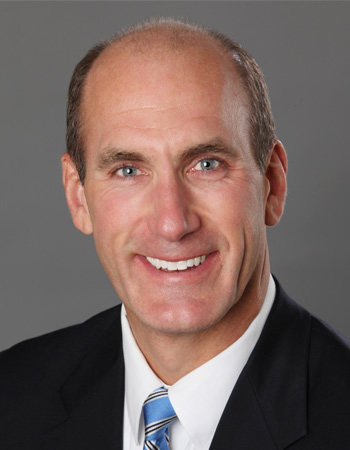 John Stankey, CEO – AT&T Entertainment Group, is responsible for the company’s position facing the consumer market segment. He leads strategy, marketing and operations around the development and distribution of a premier entertainment experience.

John oversees AT&T’s entertainment offerings including TV, video and content development, its consumer mobility and wireless products, and its high speed Internet services as well as its advertising business.

Before that, John served as President and CEO of AT&T Business Solutions, where he was responsible for serving AT&T's business customers worldwide and all of AT&T’s shared services including capital planning, engineering, network operations, information technology, supply chain and corporate real estate.

In his three-decade career, John also has served as President and Chief Executive Officer of AT&T Operations, Inc. and as Group President-Telecom Operations, where he was responsible for the company's former five regional telecom units. His responsibilities also have included Chief Technology Officer, Chief Information Officer, President and CEO of AT&T's Southwest Region, and President of Industry Markets.

John is on the Board of Visitors at the Anderson Graduate School of Management at UCLA. He also serves on the board of directors of UPS and the Cotton Bowl Athletic Association.

A native of California, John earned a bachelor's degree in finance from Loyola Marymount University in Los Angeles in 1985 and a master's degree in business administration from UCLA in 1991.