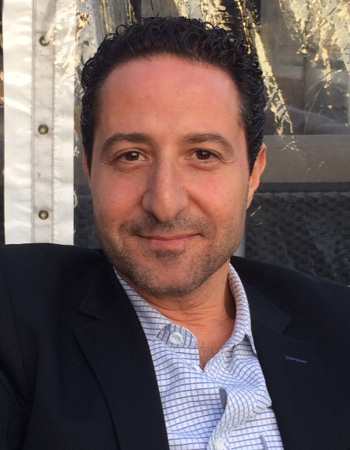 A visionary leader with global experience and advanced expertise in Big Data infrastructure, data logistics, business intelligence, and visualization, Mr. Haddad is known for his ability to balance the art and science of data and analytics to create streamlined business solutions, drive revenue growth, and generate measurable ROI.

Previously, he was Co-Founder and CEO of Solusia Technologies, a leading information management and analytics software vendor specializing in the automation of wireless deployment. Before this, Mr. Haddad served in various global leadership roles at Nortel where his responsibilities ranged from systems engineering, R&D, product line management, sales & marketing, and general management of the bandwidth trading division and of the wireless backhaul business unit.

Mr. Haddad holds patents in the advanced data & information management systems, as well as bandwidth trading domains. As an expert in the field of data and technology, Mr. Haddad has presented at over 50 national and global conferences, and was nominated by TechAmerica for the “Technology Entrepreneur Spirit of Endeavor” award in 2011. He speaks five languages and holds a B.S degree in electrical engineering from Concordia University (Montreal), and has served since 2003 as a member of the board of trustees of Wagner College in New York City.