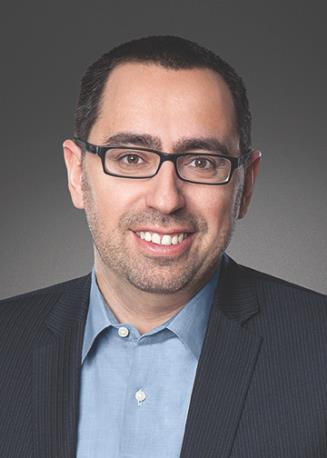 Tony Goncalves is senior vice president, Strategy and Business Development for AT&T Entertainment and Internet Services (AEIS). Given the rapidly evolving marketplace, he is charged with identifying and assessing opportunities to expand the company’s business portfolio including new content models and market segments that take advantage of the broad AT&T portfolio and scale. He oversees the AEIS Capital portfolio and planning function ensuring capital investments are balanced against AEIS long term strategy and near term business needs. In addition, he serves as the executive overseeing the AT&T joint venture with the Chernin Group in Otter Media.

Goncalves previously served as senior vice president of Digital Entertainment Products Group for DIRECTV, where he led the company’s product strategy, digital innovation, ventures investments and product management for mobile and broadband delivered video services. He was the company thought leader on TVEverywhere and over the top (OTT) video. Under his leadership, the DIRECTV TV Everywhere product portfolio was recognized for having the best TV app and web portal in 2014 and won a Webby award, along with an Emmy nomination to the NFLSunday Ticket experience.

Prior to this role, Goncalves was senior vice president of Product Management. In that role, he oversaw the company’s $4B portfolio of revenue-generating services including NFL SUNDAY TICKET, paid premium networks, pay per view movies and events, Whole-Home DVR and HD services. As a collaborator with DIRECTV’s development teams in creating a strategic roadmap for the company’s new products and services, he was engaged in the development of DIRECTV’s industry-leading DVR (Genie).

He joined DIRECTV in 2007 as vice president, National Accounts and subsequently led various channels of distribution. Goncalves was a key player in securing the partnership with AT&T and led the team that closed partnerships with CenturyLink and Frontier Communications, giving DIRECTV a leadership position in this distribution channel with more than 90 percent coverage from U.S. Telcos.

Prior to DIRECTV, Goncalves served as vice president of Business Development and Strategic Marketing for HUMAX USA, a global OEM consumer electronics manufacturer. He led the launch of the company in the U.S., securing development and manufacturing agreements with brands such as DIRECTV, Sirius Satellite Radio, Thomson and TiVo, driving the company to a record $300 million in revenue within three years of launch.

Goncalves holds a bachelor's degree in Marketing from Iona College in New Rochelle, N.Y., where he serves on the Hagan School of Business Advisory Board and was named one of Dealerscope's "Top 40 under 40 in the CE Industry" in 2004. He is a member of the CommonSense Media NY Advisory Council, a nonprofit dedicated to helping kids thrive in a world of media and technology.

Goncalves is based in AEIS's New York office.