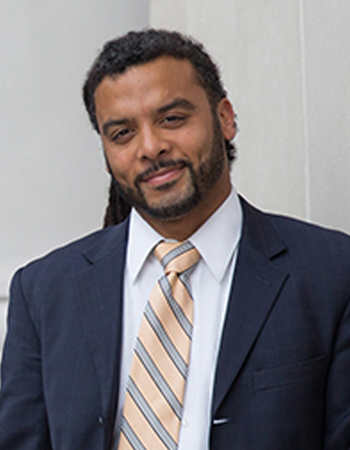 Adam J. Foss is a former Assistant District Attorney in the Juvenile Division of the Suffolk County District Attorney’s Office (SCDAO) in Boston, MA, and a fierce advocate for criminal justice reform and the importance of the role of the prosecutor in ending mass incarceration. Mr. Foss believes that the profession of prosecution is ripe for reinvention requiring better incentives and more measurable metrics for success beyond, simply, “cases won.” As an in-demand speaker on criminal justice reform he promotes that prosecutors need better training to view each case through a lens of cultural competency, integrity, compassion and concern for the safety of the public, well-being of the victim and the betterment of the person charged with the crime.

Following graduation from Suffolk University Law School (Cum Laude) and initially considering a career as a public defender, Adam quickly realized becoming a prosecutor would allow him to make more of a positive difference in his community. One example of this positive difference is the Roxbury CHOICE program, an initiative that Adam co-founded, to turn probation from a punitive sentence into a beneficial relationship with the court, the probation department, and the District Attorney’s Office. He is also the founder of the SCDAO Reading Program, a project he started, to bridge the achievement gap of area elementary school students. Currently, Adam is developing a new diversion program for first-time juvenile offenders in the Suffolk County Juvenile Court, and he is designing training and curriculum for prosecutors to reframe their role in the criminal justice system. He is also developing plans for new software and data analysis to better inform prosecution offices of the individual and the best pathways toward justice and long-term safety.

In 2015, Mr. Foss received the Massachusetts Lawyers Weekly Excellence in the Law Up-and-Coming Lawyer Award and the National Law Journal Up-and-Coming Lawyer Award. In 2014, Governor Deval Patrick appointed Mr. Foss to his administration’s Juvenile Justice Advisory Committee, a position he holds to this day. In 2013, the Massachusetts Bar Association recognized Mr. Foss with the Access to Justice Section Council Prosecutor of the Year Award. SCDAO selected Mr. Foss as the 2012 recipient of the Brian J. Honan Award recognizing excellence in the courtroom and a commitment to the communities he serves and he also received a commendation from the State House for those efforts. He is a proud mentor of students and a frequent guest speaker at the national non-profit Year Up.

Mr. Foss served as a panelist at the national MacArthur Foundation Models for Change Conference in Washington, DC speaking about juvenile justice reform. He has spoken at TED, Google Zeitgeist, Summit Series and The Atlantic’s Race and Justice Summit. In both his professional and personal capacities, Adam volunteers much of his time to the community he works in. As much time as he spends in the courtroom, he also spends visiting schools, community meetings and speaking engagements to hear what his community needs from their local law enforcement.