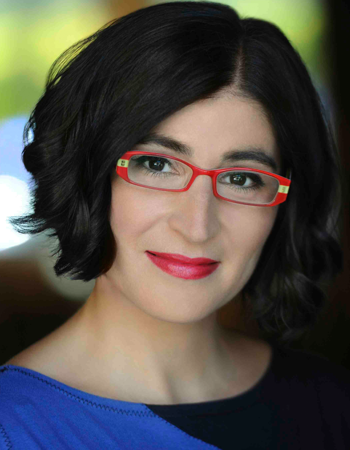 Negin Farsad was named one of the Funniest Women of 2015 by Huffington Post, named one of the 10 Best Feminist Comedians by Paper Magazine, and was selected as a TEDFellow for her work in social justice comedy. She is the author of How to Make White People Laugh, a memoir-meets-social-justice-comedy manifesto (published by Grand Central, a division of Hachette) and she is the director/writer/star of the rom-com 3RD Street Blackout – both set for a 2016 release.She has written for/appeared on Comedy Central, MTV, PBS, IFC, Nickelodeon and others. She is director/producer of the feature films The Muslims Are Coming! starring Jon Stewart, David Cross and Lewis Black and starring Weird Al Yankovic (both available wherever movies are streamed/downloaded). She has sued New York State’s MTA over the right to put up funny posters about Muslims and WON. She started her comedy career as a Cornell and Columbia-educated policy advisor for the City of New York.