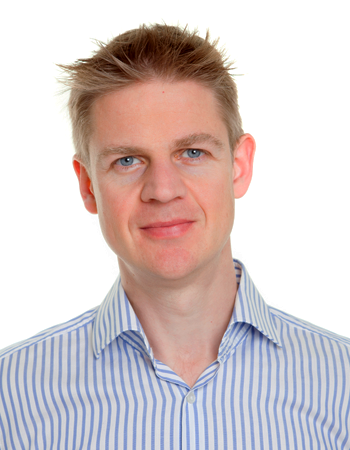 Nigel Eccles is the co-founder and CEO of FanDuel, a venture backed fantasy sports company headquartered in New York. As CEO, Nigel oversees the strategic direction of the company and is responsible for cementing FanDuel's position as the leading one-day fantasy sports company that is redefining sports entertainment. Since 2009, the company has catapulted from five employees with a developing user base, to employing more than 450 people in two countries with over a million active users and revenues of $57 million in 2014.

In 2014, Eccles brokered a milestone partnership with the National Basketball Association, making FanDuel the Official One-Day Fantasy Game of the NBA for four years. He continues to spearhead partnerships and developments across the sports entertainment industry and serves on the board of the Fantasy Sports Trade Association (FSTA), the trade organization for the fantasy sports industry. Winning multiple FSTA awards, FanDuel is recognized by the FSTA as the best one-day fantasy company, setting the industry standard for best practices. Under Nigel’s leadership FanDuel has raised $363 million in venture investment from KKR, Google Capital, Time Warner/Turner Sports, Shamrock Capital, NBC Sports Ventures, Comcast Ventures, Pentech Ventures, Piton Capital and Bullpen Capital.

Prior to founding FanDuel Nigel was an early employee at two successful start-ups based in London. He was also a consultant with McKinsey & Co from 2003-2007 where he focused on IT and operations, defense and media and telecommunications. He also previously served on the management board of Johnston Press plc.

Nigel graduated from St. Andrews with a First Class degree in Mathematics and a master’s degree from the Royal Military College of Science.