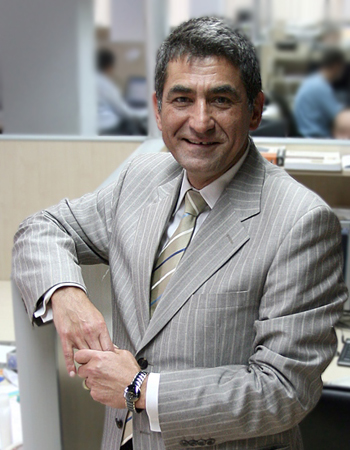 Bülent Çelebi co-founded AirTies in 2004 with the intent of becoming the leader of wireless home networking products that stream video and bring high speed Internet to every corner of the home. AirTies develops and markets wireless network devices, routers and wireless set top boxes that can stream 10 HD channels and deliver 100Mbit WiFi throughout an entire home built of stone. AirTies wireless technology delivers enterprise class performance and client management within the consumer constraints of form factor, cost and no IT department. AirTies has deployed over 10M devices at customers such as Sky (UK, Germany, Austria, and Italy), Vodafone, Singtel, Swisscom, Midcontinent, Turk Telecom and Retail, and many others.

Bülent Çelebi attended UC Berkeley for EECS as well as the Stanford/AEA executive program. After working as an engineer he joined National Semiconductor as Marketing Director for Asia based in Hong Kong. He returned to the US and became the driving force behind the technology that enabled multifunction printer/fax/scanner devices. He played an active role in making his company the leader in the 10/100 Mbps Ethernet market. After National Semiconductor, Çelebi served as Vice President & GM at Analog Devices running a successful $250 million division. He later served as the CEO of VC backed Scenix/Ubicom where he restructured the company to become a leader in wireless network processors to connect devices to the Internet (IoT). Çelebi’s success in innovations resulted in the recognition of being one of the “Top 10 Innovators ” by the Red Herring Magazine.