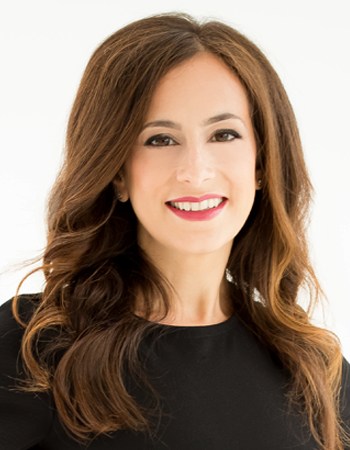 As IFC’s President and General Manager, Jennifer Caserta has established IFC as the home for smart and distinctive alternative comedies that are, "always on" and "slightly off," in keeping with the network's clearly defined brand and voice. IFC’s evolution has resulted in a growing audience, revenue and distribution gains, pop culture buzz and an expanding slate of fresh original programming that resonates with viewers, advertisers and top comedy talent.

IFC’s slate of critically acclaimed and award winning original series feature some of the biggest and best names in the comedy world, both in front of and behind the camera. Chief among them is Portlandia, an Emmy® Award nominated and Peabody and WGA-winning comedy created by Fred Armisen, Carrie Brownstein and Jonathan Krisel, produced by Broadway Video and executive produced by Lorne Michaels. Created as an affectionate love letter to Portland, Oregon, Portlandia expands the boundaries of gentle satire and social commentary. The show has seeped into the cultural conversation spawning countless online parodies, and has even inspired local political campaigns and an FBI Academy training video about recycling.

Alongside Portlandia, IFC’s most recent hit is critical and cultural smash Documentary Now! starring Armisen and Bill Hader, hosted by Helen Mirren, and executive produced by Seth Meyers and Lorne Michaels, Documentary Now! parodies some of the world’s most well-known documentaries.

Additionally, IFC has built its original programming slate to include Comedy Bang! Bang!, a series that riffs on the late night talk show format hosted by Scott Aukerman and co-starring Kid Cudi; dark comedy Todd Margaret, created by and starring David Cross; and Maron, a scripted narrative comedy loosely based on the life of comedian/podcaster Marc Maron.

IFC also recently worked with Will Ferrell and Funny or Die on the two-season mini-series The Spoils of Babylon and The Spoils Before Dying, featuring A-list personalities, including Tobey Maguire, Kristen Wiig, Maya Rudolph, Jessica Alba, Val Kilmer, Haley Joel Osment, and Michael Kenneth Williams, to name a few.

Ms. Caserta also served as executive producer on the 2009 docu-series Monty Python: Almost the Truth (The Lawyer’s Cut), which secured IFC and the legendary comedy troupe an Emmy® nomination for Outstanding Nonfiction Series – the troupe’s first!

Under Ms. Caserta’s leadership, IFC’s comedy focus was implemented alongside a network rebrand in 2010 from an indie film channel to a destination for sharp, smart comedy embodied by the tagline “Always On. Slightly Off.” The network also shifted its business model from a sponsorship model to a fully ad supported business with public ratings.

Ms. Caserta is a sought after industry leader and speaker. During her time at IFC she was named by Fast Company as one of the publication’s “Most Creative People in Business” and a “Who’s Next” leader. She has been featured on Variety’s “Power of Women: New York Impact” list, which features women of influence in all areas of business; received the NCTA Vanguard Award for Young Leadership, and was honored by Multichannel News and WICT as a Wonder Woman. Her alma mater, Hunter College, inducted her into the school’s Hall of Fame in 2014.

Prior to serving as General Manager, Ms. Caserta was IFC’s executive vice president of marketing, communications, scheduling and alternative programming. In this role, she directed some of IFC’s most innovative, multi-platform marketing and programming initiatives, and multi-faceted partnerships including a longstanding relationship with SXSW®. She also spearheaded the creation and launch of IFC's first VOD offering.

Previously, Ms. Caserta served as executive vice president and general manager of the music network Fuse. Under her guidance, the network increased its ratings and web traffic and launched the live studio series The Sauce.

Ms. Caserta earned her Bachelor of Arts degree from Hunter College. She serves on the Board of Directors for the Cable & Telecommunications Association for Marketing (CTAM), and is a member of Women in Cable Telecommunications (WICT) and PROMAX, as well as an active mentor. Ms. Caserta is an alumna of CTAM’s executive management program, CTAM U offered at Harvard Business School.