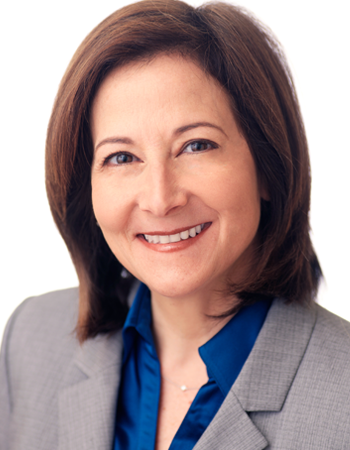 Prior to joining VUBIQUITY, Antonellis served as President, Technical Operations and CTO at Warner Bros. Entertainment Inc., a post she held since January 2008 along with several senior management roles throughout a 15 year tenure at the Studio. In this role, she influenced and directed Warner Bros.’ technology strategy and vision to leverage growth and new business opportunities often associated with advancements in media and entertainment-related product and service innovations.

Before joining Warner Bros., she worked for CBS in a number of lead management roles that encompassed responsibilities for the Network’s operations in New York for the CBS News Bureau in Washington, D.C., which included assignments in Saudi Arabia and Kuwait during the Gulf War. She is a veteran of three Olympics for CBS Sports, a three-time Emmy winner for technical production and engineering and is also a voting member of the Academy of Motion Picture Arts and Sciences.

As a multinational Patents holder, she has served on advisory boards of technology companies and universities. She is a Class II Director on the Board of Cinemark (NYSE: CNK). She is also a board member of the Global Advisory Council for the professional Women’s Tennis Association (WTA), providing counseling on new media and technology. A recipient of a number of industry-related awards, some include Home Media Magazine’s Digital Drivers 2015 List, Broadcasting and Cable’s Technology Leadership Award, Video Business’ Women Elite, The Hollywood Reporter’s Digital Power 50 List, the inaugural recipient of the NAB TVNewsCheck Women in Technology Leadership Award, Cablefax Most Powerful Women in Cable and India’s NASSCOM Innovator Leader Award.

Darcy holds an MBA with concentration in finance from Fordham University and honors for work in the field of electrical engineering from her undergraduate alma mater, Temple University.